A bit of a brain dump… first draft… looking for feedback…

Helping Team Members Stretch Their Communication Muscles “Four Player” Exercise to Enable Better Business Outcomes It takes many different mindsets and behaviors to make a team hum. I am appreciating a view of collaborative behaviors developed by...

This seems fun! I’d include some kind of instruction on behaviors to exemplify for the participants. The first image is better for that respect. Maybe those behaviors could be added to the cards? 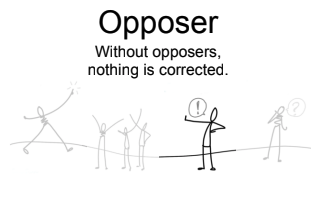 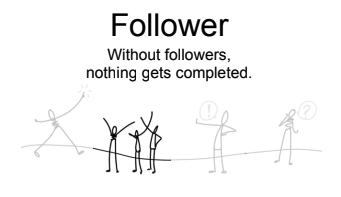 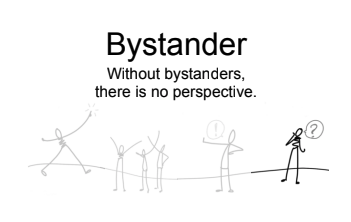 Is that enough of a “clue” @cmwistrom ?

On the one hand, I see where you’d want the team to discover the bright/dark sides of the roles for themselves. On the other hand, as a game player, I’d want some more details on how to execute on my role-play. Where this intentionally skips sharing the details of the roles. Maybe just share the details of that role with the individuals that are playing that particular role. And instruct the players that they’ll only be given the details of the role that they’re playing. And ask them to observe the bright/dark sides as exhibited by the others in the group. During discussion or revelation, the observers can see how their observations match with the role-players’ intents.

Or, maybe run a couple of tests and see which one works better in practice.

Either way, it’s a great way to build empathy for all the team members on the group and remember every perspective is important in a healthy team.

ok … I’m late to this thread, but one easy piece of advice … put your name and website on the Gdoc so people know where the awesomeness comes from

You’d be surprised how people find these Gdocs once they are out in the wild. See my example of an old virtual lean coffee template on this page https://www.markkilby.com/resources/virtual-lean-coffee/

You produce some great stuff Andy. Let people find you through it.